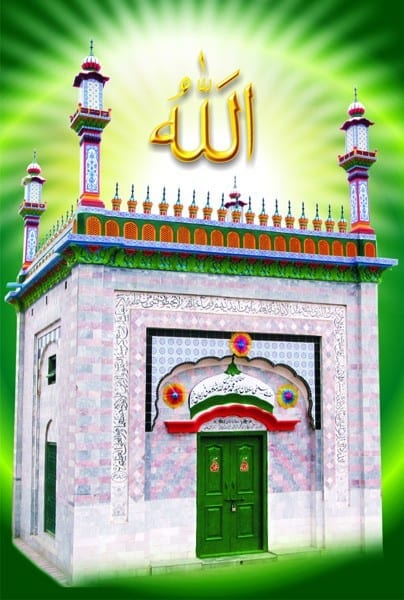 Since childhood, he was inclined towards prayers, recitals of seclusions and had strong spiritual relationship with Allah. Hence, he had learnt the Holy Quran by heart at the age of twelve years. He had an extremely restless nature. To add, Sultan ul Tarikeen was least interested in worldly affairs. Often, his maternal grandfather Sayyid Mohammad Zaqiuddin took him along to the tomb of Prophet Mohammad. Only there he could find peace of heart.

After death of his parents, he completely renounced worldly life and started living at Masjid al-Nabvi. He possessed great qualities like patience and gratitude. There, Sultan ul Tarikeen silently served and prayed for six years. Eventually, the Holy Prophet came in his dream and asked what he wanted as reward for his services. He replied that he wanted the treasure of Faqr. The Holy Prophet told him that for the treasure of Faqr he would have to go to Sultan Bahoo. When he woke up, he was surprised at this dream. Considering it strange to go to someone else while the true holder of treasure of Faqr is the Holy Prophet himself, he started serving at Masjid al-Nabvi again.

ACQUIRING THE TRUST OF FAQR FROM SULTAN BAHOO

He received the title of Sultan-ul-Tarikeen from the Mohammadan Assembly. It means ‘the king of renouncers’ and it reflects his absolute renunciation of the world. Moreover, Madni is part of his name due to his association with Madina. Whereas, Jilani shows his relation with Shaikh Abdul Qadir Jilani.