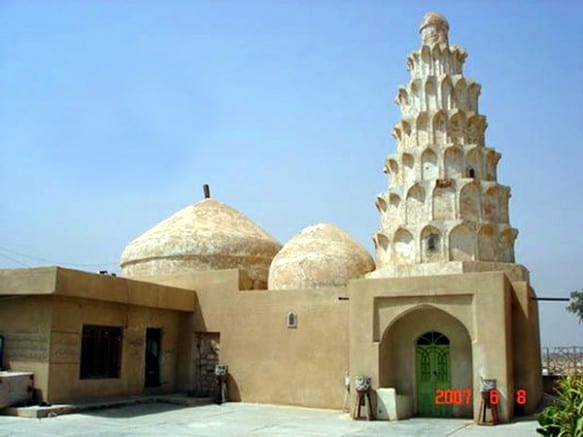 Imam Hasan of Basra was first person after People of the Cloak (Ahl al-Bayt) who attained the extreme status of Faqr. He got a cloak (khirqah) of spiritual succession (khilafat) from Ali ibn Abi Talib. Thereafter, Ali also passed on the heritage of Divine knowledge of Prophet Mohammad and Trust of Faqr to him. Hence, he is the medium who transferred Faqr of Prophet Mohammad from People of the Cloak to Muslim umma. In other words, he transferred Faqr in Islam to Umma.

The patronymic name of Sultan ul Faqr 2nd Imam Hasan of Basra was Abu Mohammad, Abu Saeed, Abu Nasar, and also Abu Ali. His father’s name was Yasar who was a freed slave of Zayd ibn Thabit. While, name of his mother was Khaira and she was the maid of Prophet Mohammad’s wife Umm-e-Salma. Umm-e-Salma was Hasan’s foster mother as she fed him her milk and also brought him up.

Hasan of Basra was born in the caliphate of Umar ibn Khattab in 21 Hijri in Madina. Since birth he had an enlightened beauty. When he was brought to Umar for blessings, he said, “Name this child Hasan as he is very beautiful”. Also, Umar prayed for him, “O Allah bless him with perfect knowledge of Islam and make him beloved among people”. Allah granted his prayer and Hasan attained highest status in Faqr as well as in religious knowledge. This page showcase Hasan al Basri biography as Sultan ul Faqr 2nd in the Sarwari Qadri order.

Al Hasan al Basri was brought up and educated among the sacred Companions of Holy Prophet. He also gained the exoteric as well as esoteric knowledge of Islam from the Companions. Particularly, from Ali ibn Abi Talib, Umar ibn Khattab, Usman ibn Affan, Anas ibn Malik and Hasan ibn Ali. He used to say, “I have had the privilege of seeing and meeting hundred and thirty Companions of Holy Prophet. Among them seventy were those who fought the battle of Badr”. Hence, the status of Sultan ul Faqr 2nd  is highest amongst the Tabi’un (generation of Muslims who followed the Companions of Prophet Mohammad).

The Sufi books Siyar-ul-Auliya and Sair-ul-Aqtab state about the oath of allegiance and spiritual succession of Sultan ul Faqr 2nd:

After getting the Trust of Faqr Hasan el Basri achieved the status of Universal Divine Man (al-Insan al-Kamil) of his era. Sultan ul Faqr 2nd then established a grand system of spiritual orders and mystic ways.  This system spread in the whole Muslim world through his spiritual successors. It still exists and spiritual guides grant gnosis and closeness of Allah to true seekers following any of its chain. All the existing mystic orders trace back to Sultan ul Faqr 2nd and through him to Ali ibn Abi Talib. Specifically, the orders namely Qadiriya, Soharwardia, Chishtia, Nizamia, Rifa’iyah, Shadhiliya, Al-Maghribia and Kalabia trace back to Ali through Hasan.  However, the Naqshbandi order reaches Abu Bakr Siddiq through Salman the Persian.

CONTROVERSY REGARDING HASAN’S ALLEGIANCE TO ALI

Although, all Sufis and Saints unanimously accept that every spiritual order reaches Ali ibn Abi Talib through  Hasan of Basra. Yet some scholars and traditionalists disagree upon the fact that Hasan ever met Ali or heard any Hadith from him. The reason for this disagreement is that these scholars could not find any Hadith which Sultan ul Faqr 2nd had related from Ali. He never quoted the name of Ali ibn Abi Talib while narrating a Hadith. From this they conclude that Sultan ul Faqr 2nd never met Ali. If we accept the argument of these scholars, then the whole system of spiritual orders and mystic ways collapse.  Because if Hasan of Basra never met Ali, neither took oath of allegiance on his hands nor got cloak of succession and Trust of Faqr from him than how could all the orders reach from him to Ali and then to Prophet Mohammad?

Hasan of Basra is the main link which connects every Sufi order to Ali ibn Abi Talib and Prophet Mohammad. If this link is not there, it becomes questionable that through whom Divine knowledge of Prophet Mohammad was transferred to umma. The circumstances and evidences also prove that it is not possible that Sultan ul Faqr 2nd never met Ali.

EVIDENCE AGAINST THE CONTROVERSY

Sultan ul Faqr 2nd Hasan of Basra was born in 21 Hijri in the caliphate of Umar ibn Khattab in Madina. He remained in Madina till the caliphate of Ali ibn Abi Talib. Afterward, in 37 Hijri Ali shifted to Kufa on completing two years of his caliphate. Hasan also left Madina and relocated to Basra in the same year. Hence, both remained together in Madina for about sixteen years. Sultan ul Faqr 2nd had lived in Madina amongst the Companions from childhood till youth. He must have met most of them and offered prayer with them five times every day in Masjid al-Nabwi. Moreover, during the caliphate of Ali he remained in Madina for at least two years. Thus, he must have offered prayers behind him and listened to his sermons. Then how is it possible that Sultan ul Faqr 2nd never met Ali ibn Abi Talib or never heard any Hadith from him or never had his spiritual companionship!

EVIDENCE GIVEN BY GREAT IMAMS

Tahdhib al-Kamal is an authentic work on biographies of 8640 narrators of Hadith including the Companions. Its compiler Imam al-Miz’zi states, “When Usman was martyred, Sultan ul Faqr 2nd Hasan of Basra was present there. He was about fourteen years of age at that time.” All scholars of Hadith accept this fact. Yet they question; if Hasan had listened Hadiths from Ali then why he hadn’t related any Hadith with his name.

To answer this question, Imam al-Nasai, Imam al-Suyuti, Imam al-Miz’zi and many other great Imams did much research.  After some hard work they found few Hadiths which Hasan of Basra had stated with the name of Ali. Moreover, they also found an important statement of Sultan ul Faqr 2nd regarding narration of Hadith by him. The statement explains why he related Hadiths directly to Prophet Mohammad even when he had not heard it directly from him.  As Sultan ul Faqr 2nd Hasan of Basra was born after death of Prophet Mohammad, he heard the Hadiths from Prophet’s Companions. While narrating the Hadith which he had heard from any Companion other than Ali, he stated the Companion’s name. But there are some Hadiths which Sultan ul Faqr 2nd related directly from Mohammad without mentioning the name of any Companion.

It was the time of Ummayad caliphate when Al-Hajjaj ibn Yusuf ruled. Ummayads were against Ali, whoever took his name praisingly was punished badly and was banned to give sermons.  Ali had to face great opposition and enmity from Ummayyads and the Kharijites since the beginning of his caliphate. He could foresee that they would either kill his companions, friends and disciples or prohibit them to take his name. Sultan ul Faqr 2nd Hasan of Basra was destined to preserve and promote the real knowledge of Islam i.e. gnosis and vision of Allah. If Ummayads had killed him or banned his sermons, it would have become impossible to spread this knowledge.

Thus, Ali must have instructed him not to take his name while narrating a Hadith, just to be careful. Moreover, to avoid enmity with rulers so that he could do his duty secretly and easily without any chaos. The silence of Sultan ul Faqr 2nd about Ali gave the impression to enemies that he had no relation with him.

Though, some scholars could not find Hadiths that Hasan related from Ali. But this does not prove that such Hadiths do not exist. They could not find them due to their own lack of research.  However, the scholars who sincerely and painstakingly searched such Hadiths surely found a few. Some of these Hadiths with authentic references are given below:

Imam al-Suyuti has written a booklet with the title Itehaf al-Firqah Bavasul al-Khirqah. In this booklet he has proved that Sultan ul Faqr 2nd took cloak of spiritual succession from Ali.

Shah Waliullah Dehlawi had a dialectic with Shah Fakharuddin Dehlawi over this controversy which continued for three days.  Fakharuddin gave evidences to prove the meeting between Ali and Hasan of Basra while Shah Waliullah gave arguments against it. To prove his point, Fakharuddin collected thirty five such Hadiths which Hasan had quoted with the name of Ali. For brevity, we give a few references below;

Al Hasan al Basri quotes are nothing less than Divine knowledge as he is the leader and master in exegesis of Quran and Hadith. He was not only proficient in all branches of knowledge but was also extremely pious and devoted towards mystic practices. Sultan ul Faqr 2nd used to fast for seven consecutive days. Traditions state that he never remained without ablution. He mostly lived in seclusion and kept weeping due to the extreme fear of Allah.  Except giving sermon once a week he did not like to meet people or attend gatherings.

The sermons of Sultan ul Faqr 2nd were usually about gnosis, vision and union of Allah.  He discussed the diseases of innerself (nafs) and worldly temptations which prevent a Muslim from closeness of Allah. So that people may abstain from them. Large number of people gathered to listen to his sermons which also included the scholars and Saints of that time.  Rabia of Basra, the great female Saint also attended the sermons of Sultan ul Faqr 2nd and gained spiritual knowledge from him.

Bilal ibn Abi Barda said, “I haven’t seen anyone resembling the Companions of Holy Prophet more than Hasan of Basra”.

Once someone asked a Saint, “Why Hasan of Basra is superior to us?” He answered, “All of you need his knowledge but he does not need anyone except Allah”. (Azala-tul-Khulafa, volume III)

Hasan of Basra died on Friday, 4th of Muharram in 111 Hijri (8th April, 729). It was the reign of Hisham ibn Abd al-Malik ibn Marwan. The tomb of Sultan ul Faqr 2nd is in Basra.