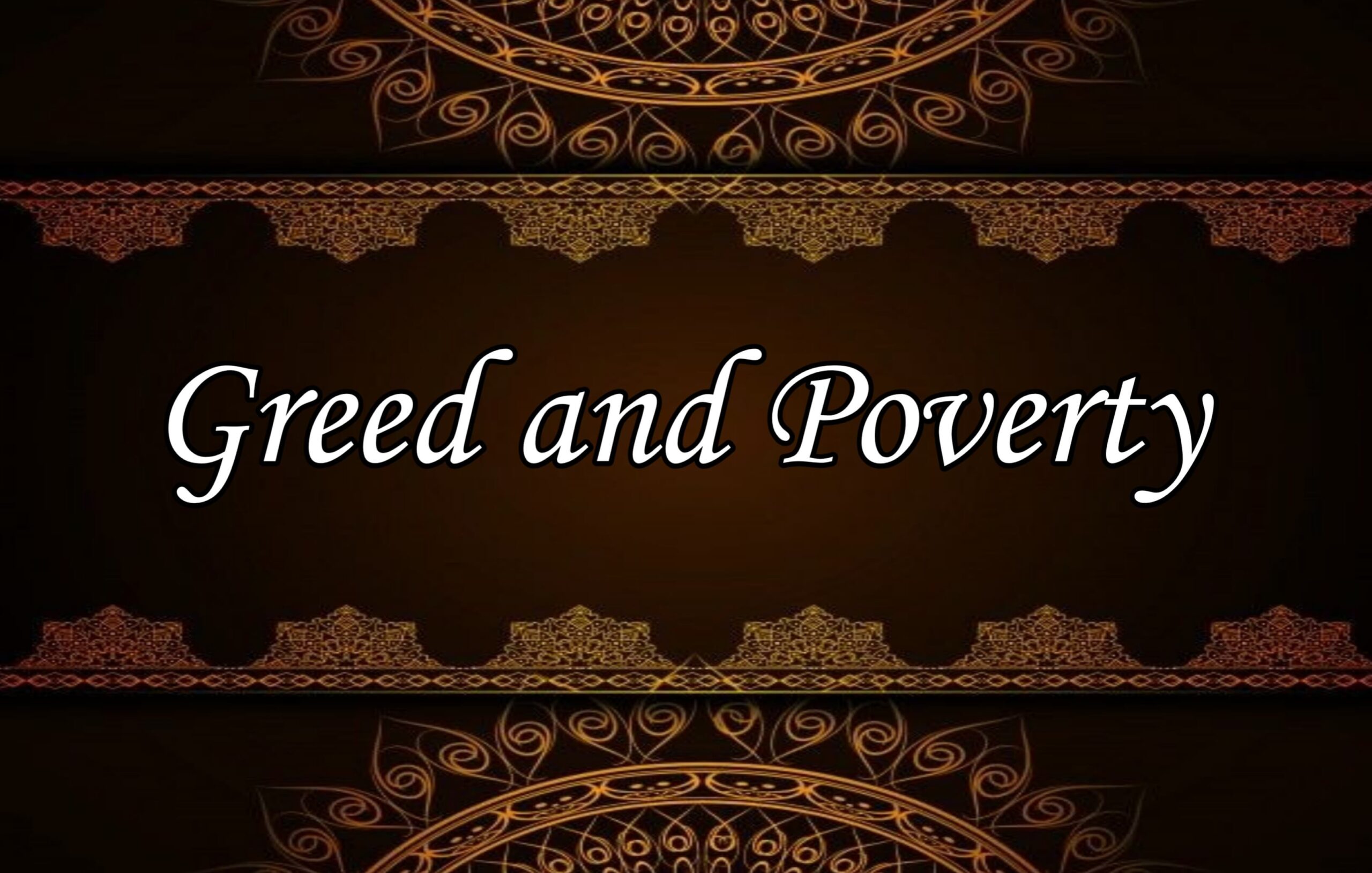 A lion was sitting in his den after being injured by a crazy elephant. He was injured so much that he could not hunt prey. Some days passed by. When he was hungry he called the fox and said “Bring some donkey or cow here with greed and your cunningness so I can hunt them easily”.

The donkey of a poor washerman was living miserably. His back was injured and stomach empty. The helpless donkey was wandering between hills dehydrated. The fox moved closer after spotting him. After greeting him, the fox said “O’ Donkey! For how long will you cope with problems in this dry mountainous area? You are so lazy and sluggish. In a nearby jungle there is abundance of green grass. Come live there for some days, you will be healthy and strong after eating green grass”.

The donkey said “It is okay if I am in misery. We get what is destined. No one can escape destiny. Complaining about it is infidelity whereas patience is rewarded. Because it results in blessings and benediction. Allah is the Provider of sustenance to everyone. His treasures are infinite. No one dies hungry. If He wants to give me yogurt why shall I ask for honey? Sorrow will increase as luxury increases. If you go towards the treasures, snakes will come to bite you. If you reach to the flowers, you will face thorns. This world has happiness as well as sadness.”

Fox Tries to Lure the Donkey

The Deceiving fox said “O’ Donkey! Searching for halal sustenance is compulsory. It is a world of sources and means. Here, you cannot get sustenance without effort. Sustenance is stuck in closed doors and locks. These locks open only when someone puts in effort and joins some profession. You cannot get food without passion and effort. No doubt, contentment is a treasure.”

The donkey replied “I have never heard about someone who died of contentment and patience. Nor about a greedy man becoming king just through his effort.”

Fox said “If someone stays in a well, then no one will give him food there.”

Donkey replied “Allah provides sustenance even in the well given that one has complete trust in Allah. The one who gave life will also give food. Cattle and beasts both eat. They do not put any effort in neither do they wander with their sustenance.”

Then the fox said “O’ Donkey! Who can trust like that? This is a rare occurrence. Revolving around rarity is ignorance. Recognise your worth and do not dare more than your worth. Or else you might fall flat on your face. Try your best and go out in search of sustenance. You cannot gain the power of trust.”

Donkey replied “What nonsense are you saying? There are many problems with greed whereas there is no danger to the humble man. Always the greedy person dies. Sustenance is in love with you similar to how you are in love with it. Sustenance goes itself to the one who is patient.”

Lion Lets Donkey Get Away

Fox said “This is not a piece of cake for the high and low. These are the words for amazing people. Success is impossible without effort.” In this debate fox led donkey towards the lion’s den. “Allah commanded to not kill yourself. Close by, there is a great meadow where fountains and lakes are flowing and grass growing everywhere. This meadow is a paradise for animals. If you struggle in deserts while this paradise exists then what else would we call this other than suicide? It is such a vast meadow that a large animal like camel seems to disappear. Any animal who goes there is lucky.”

Poor donkey kept walking with the fox in greed of food. Someone who does not have knowledge and wisdom cannot do much with opinions. The fox tricked the helpless donkey and lured him to the lion. The lion was dying of hunger. He could not control himself on seeing the donkey. He jumped and roared with happiness. The donkey ran away to the mountains after seeing the lion and reached a safe place, out of breath. The lion did not have energy to run he could only look.

Fox said to the lion “You have upset the apple-cart. You should have let the donkey get close, you could not wait. Do you not know hurrying is harmful? Alas! Your weakness made you lose your dignity.” Lion replied “Actually I did not expect my weakness. Greed and hunger dominated me and made me lose my patience and intelligence. I anticipated my strength wrong. O leader of the wise! Bring the donkey here again with some trick this time I will not miss.”

Fox said “I will bring him here again, after all he is only a donkey. But master! This time do not fail like last time. Pray that the donkey neglects his wisdom again. He must have vowed that he would not be tricked again. I am a trickster I will break his vow one way or another because I am an enemy of wisdom and vows. Breaking the vow and dominating the wisdom of an animal like donkey is a piece of cake for me. Once someone breaks his vow and retreats from his repentance, his doom is confirmed. If the Donkey breaks his vow then his wisdom will distort and then he will be ours.”

The traitor fox went back to the donkey with an innocent face. He was furious. Said “You are a traitor! What did I ever do to you that you lured me towards death? Who needs an enemy when there are friends like you? Like Satan is an enemy of mankind you have done the same to innocent me.” Fox replied “I forgot to tell you that there is a magic spell that appears in the form of lions and it was made so that no ordinary animal enters the paradise. If this magic was not here then the paradise would be destroyed.”

Donkey replied “You traitor! Get away from my sight. I do not want to even look at you. How dare you come back to me? You tyrant! You are bloodthirsty and shamelessly say to me you are my guide to paradise. Allah saved me from the angel of death. You want to trap me again. I know that I am just a donkey but fox, life is dear to everyone. If a boy faced the fear I did, he would turn old. Wise people have said correct that snakes are better than fake friends. A poisonous snake takes your life but a fake friend destroys your faith as well.”

Fox said “I have no deceit in my heart. You are delusional. Delusions make friends seem like enemies. Respected! What you saw was magic. There was no lion in reality. I am weaker than you if there was a lion there then why would he spare my life? I am your friend and I care. Come out from the world of delusion and fear.”

Donkey Falls into Trap and Dies

The donkey tried hard to reply but his disease dominated him, the disease of greed dominated patience. Impatience during hunger and poverty leads to infidelity. The donkey thought to himself, let’s assume the fox is going to deceive me and get me killed. Death is better than this torture of hunger I am in. It is better to die once than daily. Disappointment and greed easily lead to death by blinding and fooling. The donkey broke his vow due to foolishness. He did not trust his Maker and Master that He would provide him food through the unseen. Simpleton donkey walked towards his killer. The lion was ready. As soon as donkey came close, he roared and killed him with one swipe.

Lion went to the fountain to drink water. The fox had a chance. She ate the donkey’s heart, brain and liver. The lion came back and searched for these things but could not find them. He said to the fox that every animal has a heart, brain and liver. Where are the donkey’s? Fox replied “If these important organs were in his body, this poor donkey would have to die again.”

If a heart does not have Divine Light, it is not a heart. If a body does not have soul, it is a statue not a body. Light is Allah’s granted, lamp and chimney is man’s construct. Whoever saw the Light became a Momin and was blessed with a higher spiritual rank. Whoever saw the lamp and chimney became an infidel and can never had an enlightened inward. If a person has been tested, he will not be tested again.

Poverty and Greed eventually lead to death. No matter the circumstances, one should trust Allah. He definitely helps His people.

Innerself and Satan mislead man from the path of sustenance and trust by trapping him. And he eventually dies.

What is the relation between poverty and greed?

Ans: Poverty and greed both lead to death. When one does not trust Allah that He will provide, greed gets the best of him and he pushes himself into death.

What are the consequences of greed?

Ans: The disease of greed dominates patience. Impatience during hunger and poverty leads to infidelity. Which in turn leads to distrust in Allah and one does actions that direct him towards death.

This blog is English translation of an Urdu article of the magazine “Mahnama Sultan-ul-Faqr Lahore” for the month of August, 2021. The title of the Urdu article is: