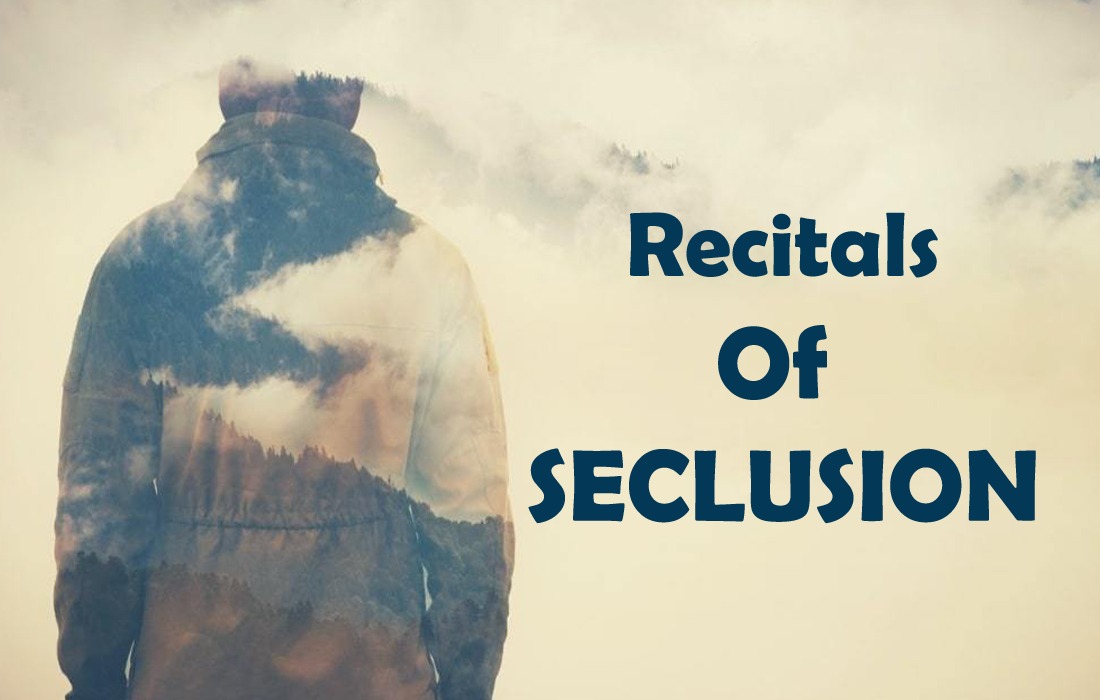 The month of Ramadan brings along lots of blessings and benedictions. The first 10 days period is all about blessings while the second one is of forgiveness. The last 10 days save us from the scorching fire of hell. As soon as this holy month arrives, people get more spiritual and more excited to worship. Specifically, in the last 10 days people isolate themselves devoting their time to Allah’s worship. Breaking off their human interactions, men sit in mosques while women stay at home and proceed with recitals of seclusion. In these ten days, people worship abundantly and tend to pray all five prayers in congregation.

Shaikh Abdul Qadir Jilani in his book, “Sirr ul Asrar” has mentioned recitals of seclusion which are as follows:

“And in some part of the night (as well, rising from sleep,) offer the Tahajjud Prayer (with the Qur’an)” (al-Isrā’: 79)

After sunrise, two rakat prayer is to be said (Namaz e Ishraq) also known as Duha prayer. Then another two rakats which is the prayer to seek forgiveness. Then he should offer two rakats Salat e Istakhara, wherein surah Fatiha and Ayat al Kursi are recited once. Towards the end, Salat ul Zuhaa (optional Morning Prayer) is offered wherein you can recite which ever surah and verse you desire which ends with two rakats of prayer for compensation (Salat e Kufara). And Salat e Kufara is the prayer which shall save us from the torment of grave. The Holy Prophet (pbuh) said, “Avoid spilling urine on your body since it is the most usual cause of calamity in grave.” Offer four rakats apart from this.

In addition, one can read a further 4 rakats either during the day or at night. If praying during day and the person belongs to Hanafi school of thought, pray the four rakats as one block. Follower of Shaafi school of thought can break it into two blocks of two rakats. If praying at night, both Hanafi and Shaafi should offer in two blocks of two rakats. This is called Salat ul Tasbih. According to Hanafi beliefs offering this prayer in the day, should start with the intention, “I pray this Salat ul Tasbih for Allah,” followed by Takbir e Tehrima. Then recite ‘Thanaa’ and then read 15 times

Then read surah Fatiha and any verse from Quran and repeat the aforementioned recital 10 times before going to ruku.

three times followed by ten times the above recital. Then stand up and repeat the same recital 10 times before going to sujud. During sujud after reading

Three times repeat the above recital 10 times. And then whilst sitting between two sujud repeat it again 10 times. Then do the second sujud and follow the same pattern as in the first sujud. Start the second rakat in the same order. Take a break then prepare for the fourth and fifth rakat. In total, there will be 75 recitals each rakat, 150 recitals every two rakats, 300 recitals every four rakat.

According to Shaafi belief, no matter its daytime or night, you have to start off your prayer saying, “I intend to offer two rakat Salat ul Tasbih for Allah” then say the Takbir. Follow with Thanaa, Surah Fatiha and any other surah, then repeat the recitals 15 times, go to ruku and repeat recitals ten times. And repeat again 10 times whilst standing up from ruku. Then go to sujud and repeat 10 times. When sitting between sujud repeat again 10 times. Then repeat recitals 10 times in second sujud, then sit and repeat them 10 times. Say salam and repeat the second rakat in the same manner.

It is recommended for the person when in seclusion to offer this prayer every morning and night. If he’s unable to do so, he should pray it every Friday. If he is unable to pray every Friday then he should do it once a month, if not then once a year and if he’s not capable of doing so once a year then at least once a lifetime. The Holy Prophet (pbuh) said to his uncle Abbas:

“Whosoever offers this prayer, Allah shall forgive all his sins, even if they are more than the grains of sand or stars in the sky.”

A true seeker should recite Dua e Saifi once daily and recite at least two hundred verses from the Quran. And then he should do Zikr in abundance, regardless of it being vocal or at heart. Allah says:

This means, do Zikr according to your spiritual level. Every level has its own specific recitals and Zikr. Recite Surah Ikhlas 100 times every day, and recite Darood upon the Prophet pbuh 100 times and then recite the following recital 100 times:

If someone is able to offer more prayers and do more Zikr then he definitely should do so.

22 thoughts on “Recitals of Seclusion”