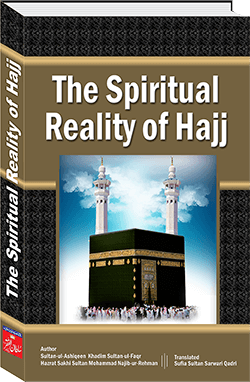 Meaning: I was a hidden treasure. I desired to be recognized, thus I created all the creatures for My recognition.

Hence, recognition and vision of Allah (Deedar e Elahi) is main purpose behind the creation of universe. Specially the human beings because being the best of all creations, Allah manifested Himself the most in humans. Recognizing Allah and having His gnosis (marifat e Elahi) is only possible after achieving the blessing of vision of Allah.

In the Holy Quran Allah says:

Meaning: I have created humans and jins just for My worship. (51:56)

In the explanation of this verse Abdullah ibn Abbas writes:

Meaning: In the verse “I have created humans and jins just for My worship” لِیَعۡبُدُوۡنِ , (for worship) in fact means لِیَعۡرِفُوۡنِ  (for My recognition or gnosis).

For worship Allah had enough angels, He does not need fasts and prayers of man. What He really desires from His men is that they seek His proximity, vision and gnosis through worships.

DEEDAR E ELLAHI IS THE FOUNDATION OF WORSHIPS

A common Muslim becomes Momin i.e. true believer only after having vision of Allah. Because, then he believes in Allah veritably, as is desired. In fact, it is foremost demand of Allah’s love that His slave seeks His recognition and gnosis through His vision. Furthermore, vison of Allah is the soul of all worships.  Certainly, the engrossment and closeness of Allah one experiences during prayers after having His vision can never be felt otherwise. That is why Allah made devotions obligatory thirteen years after the apostleship of Prophet Mohammad sall’Allahu alayhi wa’alihi wasallam. During those thirteen years, the Prophet taught knowledge of gnosis and vision of Allah (Deedar e Elahi) to his Companions. They were set to prayers only after accomplishment in spiritual knowledge so that their prayers may not remain soulless.

The Hadith, “Salat is Miraj for Momin” also proves that vision of Allah (Deedar e Elahi) is possible.

COMMAND TO ATTAIN VISION OF ALLAH

In many verses of Holy Quran, Allah invites mankind towards deedar e Elahi.

Meaning: O man! You sustain rigours to reach your Lord, ultimately you will see Him.  (Al-Inshiqaaq 6)

Meaning: So, whoever hopes to see his Lord should do good deeds. (Al-Kahf 110)

Meaning: And the east and the west (all) belong to Allah alone. So, wherever you turn, you will observe the Divine Countenance. (Al-Baqarah 115)

Forewarning for those who do not intend to have vision of Allah (Deedar e Elahi):

Meaning: Verily, those who do not expect to see Us and are pleased with the worldly life and are well-contented with it and who are neglectful of Our signs, it is they whose abode is hell, a recompense for the deeds they used to earn. (Yunus 7-8)

Meaning: It is those who have denied the signs of their Lord and His vision, so all their deeds are ruined. And We shall not give any weight or (even) any worth to them (and their deeds) on Day of Rising. (Al-Kahf 105)

Meaning: So those who belie seeing Allah incur loss. (Al-An’am 31)

Meaning: And whoever remains blind (to have vision of Allah) in this world will be blind in hereafter as well. (Bani Israil 72)

It is important to note that in most of the above-mentioned verses Arabic word لقا ‘Liqa’ is used. It literally means vision, countenance and meeting and hence referring to vision of Allah.

HADITHS AND SAYINGS REGARDING VISION OF ALLAH

Many Hadiths and sayings of Companions also emphasize upon Deedar e Elahi:

Meaning: Soon you will behold Allah (have vision of Allah) like you see sun and moon. (Al-Fath ar-Rabbani section 33)

Now the question arises that Allah does not possess any material body and is not restricted to any place. How and where can we have vision of Allah?

Meaning: Neither the earth nor the skies can contain Me but the inward of a true believer can. (Qudsi Hadith)

Meaning: Inward of a true believer is the Throne of Allah.

Hence, to find Allah one has to search inside his soul and inward. He can recognize Allah by recognizing his innerself. As told in Hadith;

HOW TO ACHIEVE VISION OF ALLAH (Deedar e Elahi)?

All these levels of Divine vision are a great blessing and beneficence.  Only the perfect spiritual guide bestows this blessing upon the seeker. (Nur-ul-Huda Kalan)

Which spiritual order grants the blessing of Vision of Allah (Deedar e Elahi)?

Explanation: Whoever denies the vision of Allah is eventually debarred from the nation of Prophet Mohammad. (Nur-ul-Huda Kalan)

Explanation: I am getting the blessing of light of vision of Allah every moment. Certainly, the denier of Deedar e Elahi is an idol worshipper. (Nur-ul-Huda Kalan)

Undoubtedly, the seekers of Allah find the nourishment and strength for their souls from the sacred company of Sultan-ul-Ashiqeen. Therefore, Tehreek Dawat e Faqr invites all seekers of Allah to attain oath of allegiance on the hand of Sultan ul Ashiqeen and set to the journey of vision of Allah.