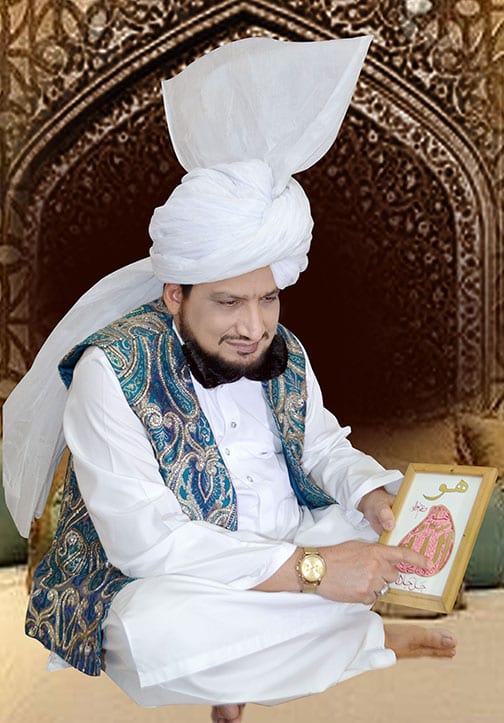 Hoo – The King of Invocations

Invocation of Ism-e-Allah Zaat اَللّٰہُ  has four stages, that is; AllaHoo (اَللّٰہُ), Lillah (لِلّٰہ), LaHoo (لَہُ) and Hoo (ھُو). It is because, the Divine name اَللّٰہُ  has amazing quality that if its alphabets are separated one by one, even then it refers to Allah. Hence, it remains Ism-e-Zaat i.e. name of the Divine Essence in any case. If we separate first alphabet ا (A) of اَللّٰہُ (AllaHoo), it becomes لِلّٰہ (Lillah) which means ‘for Allah’. Certainly, it is the Ism-e-Zaat, as Allah says in Holy Quran:

Meaning:  Whatever is in the heavens and in the earth is ‘for Allah’.

Then, if we remove second alphabet i.e. ل (L) of لِلّٰہ (Lillah), it becomes لَہُ (LaHoo) which means ‘for Him’. It is also Ism-e-Zaat as Allah says in the Quran:

Meaning: For Him is all the kingdom and glory and He has complete command over everything.

Finally, if third alphabet which is also ل (L) is removed, it becomes Hoo (ھُو).  which is, in fact, a pronoun for Allah as is used many times in the Quran for Allah’s name.

Meaning: He (ھُو) is Allah, no one is to be worshipped except Hoo (ھُو)

Among these four stages, invocation of Hoo (ھُو) is uniquely the king of invocations.

Teachings of Saints about king of invocations Hoo

Meaning: Hoo (ھُو) is the final invocation of the true invokers. (Nur-ul-Huda)

Who grants Sultan of invocation in present era?

Previously, the spiritual guides used to give invocation of Ism-e-Allah Zaat to disciples in above-mentioned four stages. That is; AllaHoo (اَللّٰہُ), Lillah (لِلّٰہ), LaHoo (لَہُ ) and Hoo (ھُو). They got Sultan of invocation (ھُو) eventually after passing all the basic stages. It was long process, hence required a lot of time and patience in order to attain Divine closeness. Usually, most of the disciples could not reach this highest level. Thus, only few chosen seekers would get the Ism e Azam. However, now by the grace of Allah, the perfect spiritual guide of Sarwari Qadri order Sultan ul Ashiqeen Sultan Mohammad Najib ur Rehman is granting the invocation of Sultan ul Azkaar Hoo (ھُو) on first day of allegiance, by virtue of his unmatched spiritual powers.