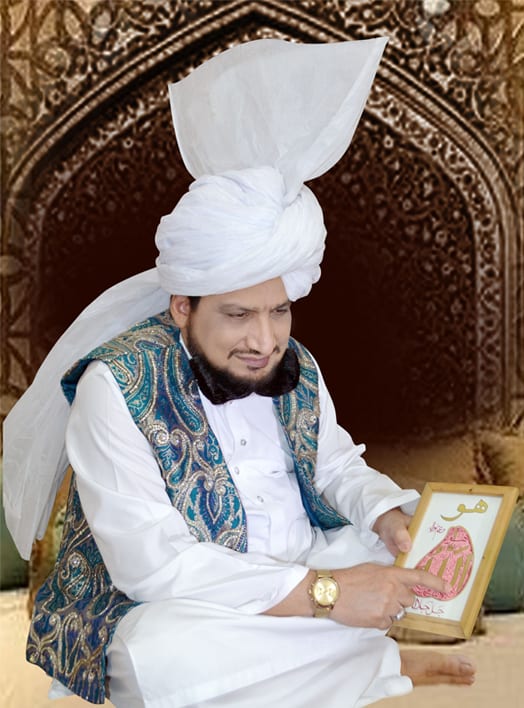 Ism e Mohammad – The Sacred Self of Prophet Mohammad

Ism e Mohammad is the most powerful name of Prophet Mohammad. In fact, Mohammad ( محمد ) is the personal name of Holy Prophet just as Allah ( اَللّٰہُ ) is  personal name of Allah. While, rest of their names are attributive names. That is why, the sacred name of ‘Mohammad’ is most related to his holy self. Furthermore, out of all names of Prophet Muhammad, it encompasses all his attributes. Hence, contemplation of this name is most effective medium to get closer to him and consequently gain his marvelous beneficence. For the first time in history of Faqr, Sultan-ul-Ashiqeen Sultan Mohammad Najib-ur-Rehman is giving the sacred name of Mohammad for contemplation (tasawur) to his disciples.

Moreover, contemplation of  sacred name of Mohammad has extremely pleasant and luminous effects on the esoteric self (batin) of the contemplator.  Certainly, it makes the spiritual elevation of seeker of Allah faster and easier.

When light of Ism e Mohammad enters the body of a seeker through contemplation, all his matters are solved by the blessing of Sacred name of Mohammad. (Aqal-e-Baydar)

Ism-e-Mohammad enters the inward, it takes the seeker in the Mohammadan Assembly. He reaches in the assembly, sees and recognizes it and finds presence there. (Kashf-ul-Asrar)

You must know that the Holy Prophet is the righteous guide in both the worlds. Having the privilege of seeing his holy self-enhances and adorns the faith. Keep in mind that Allah has sent him only for guidance on the right path. Satan can never be a righteous guide. He can never acquire the sacred countenance of Prophet Mohammad. Moreover a Muslim can ever get righteousness from him. Satan fears from Ism-e-Allah Zaat, Ism e Mohammad and righteousness. Satan is afraid of them just like a non-Muslim fears from Islamic creed. As it is like a killing sword for him. (Mehak-ul-Faqr Kalan)